Around the Vendor Hall

We all had a grand time at our state homeschool convention this weekend; talking with friends, listening to speakers, refreshing the vision, and of course--walking around the vendor hall. You wouldn't believe it, but there were quite a few books in there, and you wouldn't believe it, but we came home with some of them. ;) So today, I'd like to take you on a little tour of what we got, and if you're in need of book inspiration, or a fresh title to look up, then perhaps you'll find a suggestion or two here.

I will start off with the disclaimer that I have not read all of these books, and so cannot vouch for their complete comment. However, we got them expecting them to be resources and books our family lines up with, so I feel pretty safe mentioning them here. You will hopefully see book reviews in future with some of these books featured more in depth! 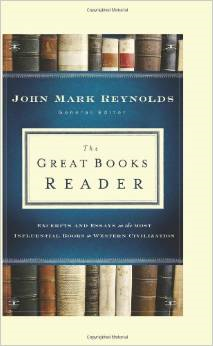 I only bought one book this time, but I was excited to pieces about it (still am, in fact). It's called The Great Books Reader edited by John Mark Reynolds, a book with 'excerpts and essays on the most influential books in Western Civilization'. Containing excerpts from twenty-eight influential authors, this 600 page tome teaches you how to objectively critique them to sharpen your thinking, and ultimately leads you to a deeper understanding of Christ. Not all of the authors are Christian, nor does Reynolds claim that all of them are good--at least three are not at all Christian--but the majority of them are Bible-believing men and women (Isaac Newton, Edmond Spenser, John Wesley, Jane Austen, John Calvin). They are all divided into chapters with excerpts and essays to guide both questions and conclusions. The purpose of looking at these authors is to see why they influenced society, and then in turn compare that influence with the truth of God's Word. This book  doesn't dictate what you should think about these authors. Its goal is to help the reader be discerning for themselves. But it offers necessary guidance, and the introduction I've read so far is smashing.

I'll admit that this book excites and scares me at the same time, but I'm looking forward to seeing if it is as good as it seems promising. I might select read at first with the authors I trust, and then see how it goes from there, praying for discernment and that God would guard and guide my thinking as I do. It's an experiment, but it looked to be one worth trying.

We love Haggard novels. Old historical fiction, romance, action, deep food for thought, heart-pounding excitement. All the ingredients for a wonderful reading experience. I've already reviewed Lysbeth, Pearl Maiden, and The Brethren, but Christian Liberty Press has re-written others as well. This weekend they had knock-down deals at the convention, and we added Queen Sheba's Ring (an African adventure novel), King Solomon's Mines (another African adventure novel), and The Lady of Blossholme (set in the time of Henry VIII) to our collection.
That in itself was exciting--but I also got to speak with the man who edited the Haggard novels, Mr. Michael J. McHugh. A well-read and thoughtful man, we talked for a while about the books and Haggard in general. He told me his favorite Haggard book was Lysbeth--because it illustrates what
happens when a nation does not have religious freedom. That was surprising to me, but I could see his point, and when he asked me what my favorite novel was, I told him out of the three I read I thought most likely it would be The Brethren.
Mr. McHugh also told me a little about Haggard from a biography he was reading (and I fear I neglected to get the title, so please forgive me.) Apparently, Haggard vacillated a great deal in his life between orthodox theology and some disturbing side paths. You see this reflected throughout his literature. Some of it is splendid--other novels are highly disturbing, including She and the sequel Ayesha which we also discussed together. Mr. McHugh said that he has gone through Haggard's novels, and the ones that Christian Liberty Press currently carries are probably the last he will be able to glean from Haggard's works.

This was one of my favorite conversations in the vendor hall. Mr. McHugh was very kind, especially when we found out my mom and I had bought the same books within minutes of each other, and I took one set back. I felt badly after our conversation, but Mr. McHugh suggested we buy The Lady of Blossholme to make up for it. We were very easily persuaded. :) 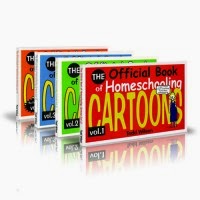 Ok, so actually I've read all four of these books in their entirety. It takes less than ten minutes and you're just roaring with laughter the entire time. These probably won't make sense unless you homeschool, but for all you homeschoolers out there, these are a must-have on your shelf. For the day the kids are screaming, one math problem takes a whole hour, and you feel like you have the messiest, most unorganized life of the lot. You're not alone, and you can laugh about it. You really can. We quote these comics on a regular basis, and if you're wondering what kind of redeemable value they have, they've diffused more than one tense moment--and that's worth getting them for. Need persuasion? 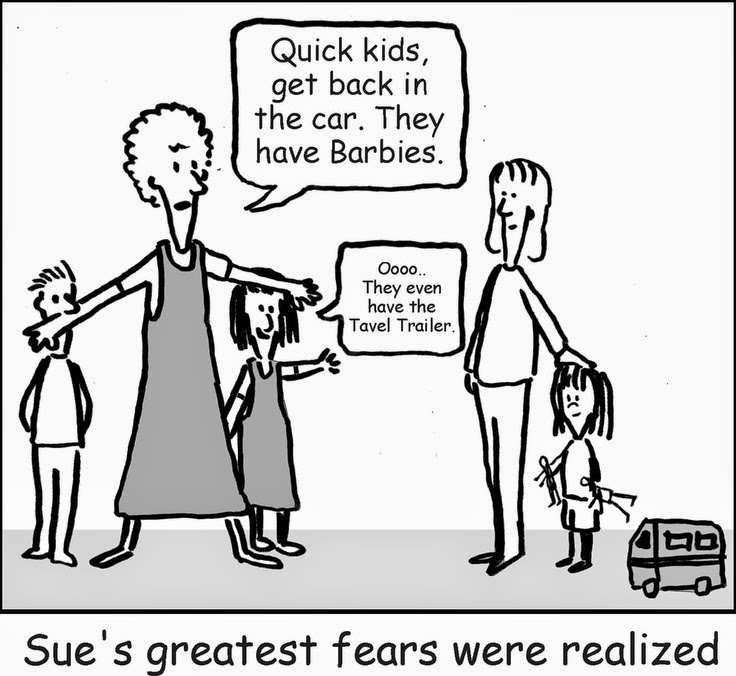 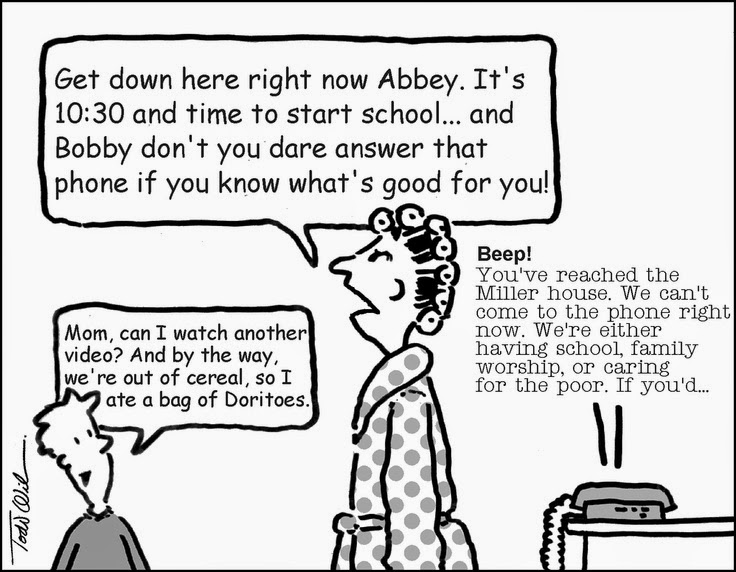 Israel Wayne--Questions God Asks
While I haven't read this book yet either, we did hear Israel's spoken messages on this topic, and they were wonderful. I'm sure the book will be as well. A lot of times we ask God questions--but how many times do we stop to note the questions God asks people in Scripture? And why does He ask humans questions in the first place if he already knows all things? Well, God asks questions for our benefit, and there are several key questions of His that expand our knowledge of the Bible, God's character, and ourselves. The questions asked to such people as Cain, Job, Abraham, Moses, Elijah, and others are sure to make you think of Scripture in a way you hadn't thought before. Israel Wayne is refreshingly real, biblical, and honest. He makes you think, but he also makes thinking accessible, and we were quite excited to get this book. I think he's like the men of Issachar. He understands the times in which he lives.

Todd Friel--It's (Not) Greek to Me

If you've never watched Todd Friel's Wretched show or listened to his radio show, you've missed a treat. The first time we heard him, we thought "He's actually speaking the truth!" (He was on one of our liberal Christian television channels, hence our skepticism.) As we looked into who he was, we found he actually does speak the truth--and speaks it well. A stand-up comedian until he was saved, Todd mixes a fantastic dose of satire in with his theological teachings and church commentary. How excited we were to find that he has a Greek study, because when you can have fun learning, then you're much more likely to remember things. We've watched two lessons, and already laughed and learned. Biblical Greek is important for any Christian to know--because that's the language God gave us his Word in, and the English words don't always give the original intended meaning. This DVD seems to be an easy and non-threatening learning format so far.

These are our finds at the vendor hall this weekend, and if you've read any of these books, I would love to know what you think of them! Fun, informative, and food for thought--the best of all worlds.