What Every Author Needs From Every Bibliophile 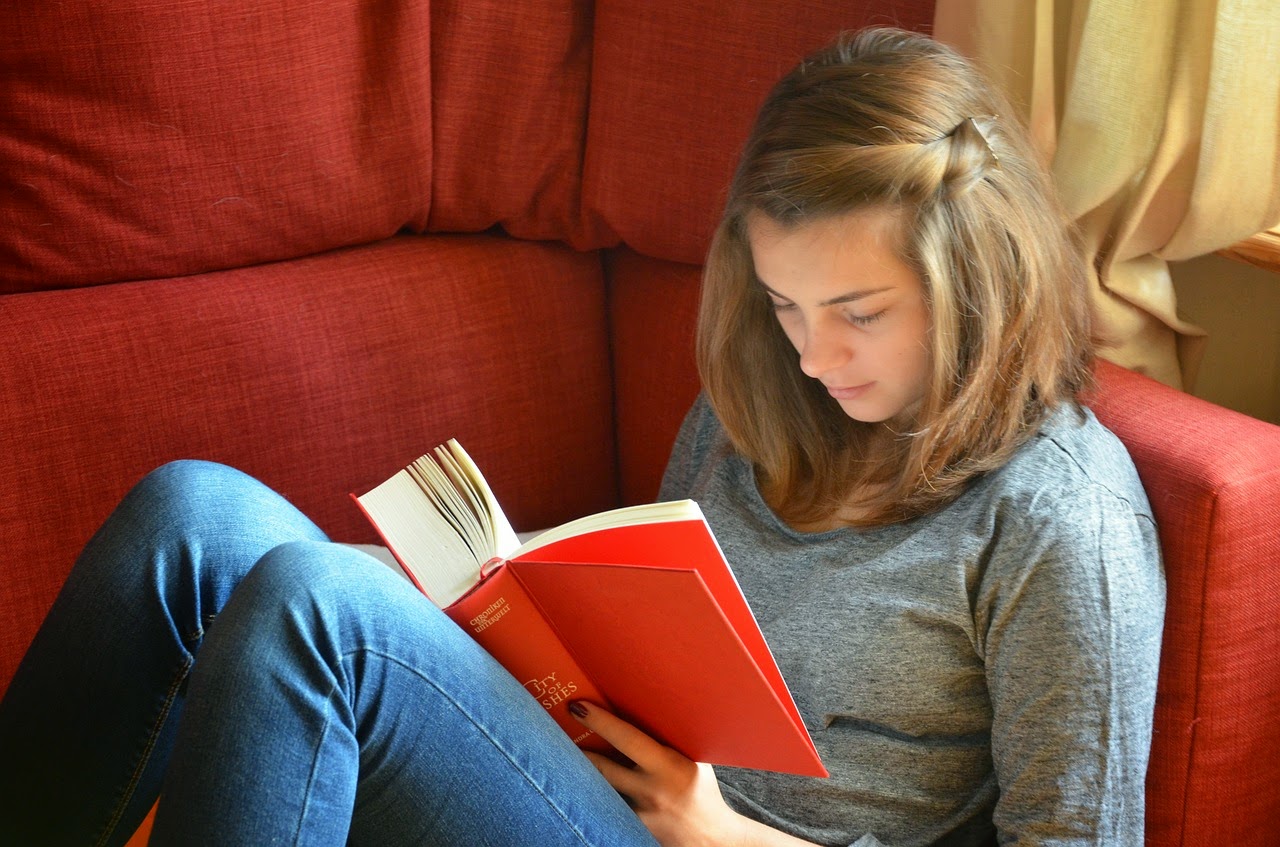 This isn't a pep talk about encouragement or fangirling or what you might expect from a title like the above. Authors need those things, and need them very much.

But there's one great power we have as readers, which doesn't get too much press time, and which is so vital for a Christian bibliophile.

I've been thinking deep on a couple of issues this week, and Tuesday and Friday will be the fruits of that contemplation. They may be controversial, but I hope they will give food for thought and a fresh perspective on some issues that readers and writers wrestle with. Today we're discussing the importance--and necessity--of the reader relationship to get the author back in line when they're off track.

Authors can get off track. They're human; fumbling to tell God's stories after Him, with a heart to do the right thing, but also a keen longing to portray reality. Issues like sex, sin, language, and violence in books are perennial topics on the blogosphere simply because everyone has a different opinion on how best to honor God with the details. After all, people do have affairs. They do swear. Men have swung swords to kill throughout history. It would be foolish and near-sighted to deny that.

But at the same time, readers can sense when an author is playing the details simply to flex their muscles of power. There can be a general attitude among writers of "I am An Author. I create. And I intend to be true to my voice and beliefs." that effectively silences criticism. Not to mention the hairy idea of "My characters do it, and I really have no idea how to control them."

I'm a big proponent of letting characters play in the playground, but adult supervision is key. ;)

So how can a reader help an author stay true and humble to the Word of God?

Contact them.
We shouldn't just disagree and tell all our friends. (Ouch.) Tell the author themselves. I know it's scary. They might be offended and never speak to you again. Other readers might think you're just driveling on. But say something. Don't just hide; don't just talk behind their back. Draft a concise, friendly, honest email and click the send button. They will thank you in their minds for being honest and mature, at the very least.

Be gracious.
Don't yell. Don't use excessive emotion. Don't use the guilt trip or sweeping absolutes or narrow moral strictures. If you know that mature Christians think differently than you on the point you're making, you can still make the point, but realize that there's room for different viewpoints.

What bibliophiles really need to hold authors accountable for is viewpoints that could lead readers into error. That's key. Viewpoints can be expressed in character words or behavior, or narrative itself, depending on the style. If authors are teaching something through the story that is anti-biblical, or unwise, then that's where you as the reader contact and gently point out the fact that this displeases you.

The goal of accountability is because you love the author.
"I love your work, and I want to see your books give full honor to the Lord." When we express disagreement in that spirit, then we will be giving the faithful wounds of a friend. The speech seasoned with salt and grace. Giving an author kisses all the time isn't friendly, and won't help them. Our goal is to strengthen them in Christ, and to strengthen the Body of Christ. Speaking up not only helps you and helps them, but helps other readers as well.

The review is powerful.
Once those ratings start dropping on Amazon, and the reviews get a little more dubious, authors start pricking up their ears. If an author show consistent blind spots in a serious area, then it's all right to write an honest review and give the heads-up to other readers. Make sure you don't bash their books--but since the author is putting out the book in public, it is acceptable to give an honest critique in public as well.

Know your power.
Authors can probably find fans who won't question them, but they don't want that. They want committed, thinking people who will dialogue and and read their books on a deeper level, and most of them are prepared for the fact that deeper thinking will lead to different opinions on some things. When you both are believers, you have the added power of talking to them about your concerns in the context of sin and dominion, and challenging them to bring their books under the guidelines of what is pleasing to the Lord.

Realize it's their decision.
If an author is a sincere Christian, hopefully they will take your advice and weigh it and wrestle with it before rejecting it. We all have blind spots that we won't listen on, and many times that's what you're trying to contact them about, but most likely they will read through your advice and think it out carefully. They may choose for biblical reasons and between their own conscience and the Lord not to apply that advice. Let them. I've had that happen as a reader with contacting authors. I have received negative feedback and chosen (after much prayer) not to apply it on occasion. Authors simply can't live life tailoring their books to everything that readers might not like.

But they should listen to readers' concerns and think them through.

Pray for them.
Just like you'd pray for a pastor or a teacher. Authors are writing words and sending them out into the world to influence people. That is a heady responsibility. We're all prone to pride, and when we're proud we don't see or accept correction well. Pray that the Lord would protect their hearts and guide their words. If you see them getting off-track, pray that the Lord would help them get back on. The powerful prayer of a righteous man availeth much. And whether or not they agree with our point, we should pray continually that the Lord would keep them pure and glorifying to him.

Make your point and then back off.
Sting once, quickly and lovingly, and they'll remember. Buzz around the house like a fly, and you'll only be remembered as a pest. No one pays attention to the person who keeps on disagreeing and pressing their point. You can plant the seed, another reader can water it, but only the Holy Spirit's work of grace and conviction can make it grow.

Spend most of your time upbuilding them for what you like.
Most comments and emails should be with what you appreciate. That's going to go a lot farther than critiquing; and authors will be eager to give you more of what you enjoy. They're human people; many of them would be grieved if they had done something that wasn't honoring to the Lord. But if they're Christians, most of their work will probably be good and glorifying. Tell them that. Praise them. Cheer them on. Don't kill the dream--wound with truth and then heal with grace.


For some of us this concept of keeping authors accountable is too easy, and we're eager to get in there and share our opinions. For others, disagreeing is very hard and doesn't come naturally. Most times when I disagree with someone, I'll lose a night's sleep formulating a gracious and mature response, and then never give it to them. That's not the best way to handle it.

It's part of the Great Conversation that makes for deeper, richer interaction among the world of bookworms.

Posted by Lady Bibliophile at 9:40 AM