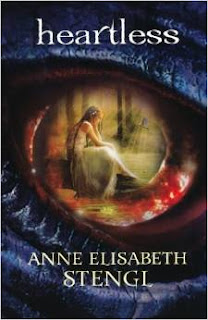 This week I finished my first foray into the Tales of Goldstone Woods. I've heard nothing but praise for years, and when I finally laid my paws on a copy, I couldn't wait to get started.

The Book
Princess Una of Parumvir looks forward to the day when her first suitor will come to Oriana Palace. In reality, it's not so glamorous as she expects. When the fairy prince Aethelbald of Farthestshore comes to ask for her hand, she can't get past his plain face and stern demeanor to the man underneath. He's the first in a long line of suitors; Prince Gervais, the Duke of Shippening, and more, some of whom capture her fancy and prove unworthy, some of whom never capture her fancy at all.

They come and go, but Prince Aethelbald remains, unwilling to accept her refusal. He warns of a coming danger to Parumvir, one that threatens the very heart of the Princess. But King Fidel is too incredulous, and Una too unwilling to accept.

And instead of giving her heart to a dashing prince, she finds it wrested from her by a horrifying force of evil.

My Thoughts
First of all, the covers are gorgeous. I know it's been said many times, and I'll join the chorus of sea unicorns (you'll get that when you read the book) and hum their praises. So beautiful. I wanted to read these books just by the covers alone. However, the beauty of the cover led me astray into expecting a different kind of book. Una was so beautiful and serene, that I didn't expect the darkness and ugliness she wrestled with throughout the course of the story.

Una's character arc was excellent. She has a lot of maturing to do, and Stengl's ability to allow her to make natural choices, and strength of mind to give her the requisite consequences, takes a lot of courage. Monster was a dear. I loved him from his two poor blind eyes to the tip of his plumy tail. Refreshingly sensible, genuine, and cuddly. Actually, he was my favorite character, and the only one I liked all the way from the beginning to the end. Felix, too, I thought remarkably well-drawn for a fourteen year old boy, and I appreciated the testing and refining of his competition into a greater manliness. Jester was the most vividly drawn of the suitors, but all of them had different, vivid characteristics that set them apart.  Aethelbald was honorable, but I wouldn't have minded a little more dimension and character development on his part.

Fidel seemed really passive and weak for a king. In many instances Felix showed tons more spirit (if also more impetuosity) than he had. Even in the beginning, letting his daughter make such poor choices, he seemed uninvolved at best. I do understand that he breathed in the dragon poison, which affected him for the latter half of the book, but his spurts of bravery were ill-timed and far between. Nurse, also, felt like she didn't belong in this genre of story. She acted more like an English nursemaid clucking over normal little scamps than the nurse of a princess, and jarred me out of the world with her authoritative scolding.

I struggled with it, not because it was done poorly, but because it was so well done. The story is so true and biblical in its portrayal of darkness that I could only read a few chapters at a time, and then I felt like I was drowning in the darkness and had to put it down.What Una became as the fires of her heart were intensified, and what the Dragon was, are horrible. Sin is horrible. Our hearts are filthy, dirty, wicked, and Heartless does a great job of forcing the reader to acknowledge that in a very unobtrusive way. It was not an entertaining or a relaxing book. It was a challenging, grappling kind of story that I had to force myself to finish. I did let out an inner groan when I saw the dragon claw on book 2; I'm not sure how much more struggle of good and evil I can handle.

The truth of Gospel was so unflinchingly and truthfully portrayed, that in spite of my own difficulties, I want everyone to read it. The darkness showed just how dark our hearts can be. I liked that. I saw my own darkness through it. But it was hard. After the non-stop tension and despair of the last half, I desperately needed the ending Stengl chose to heal in the finish.  Even so, I think I'll space out the next book before I pick it up again.

All in all, Heartless contains classy writing, unconventional romance, and bold truth, three elements that make up successful Christian fiction. It deserves commendation, and I hope to feature more Goldstone Woods stories here on the blog in future!
Posted by Lady Bibliophile at 8:50 AM