10 Fictional People I Would Take on Vacation 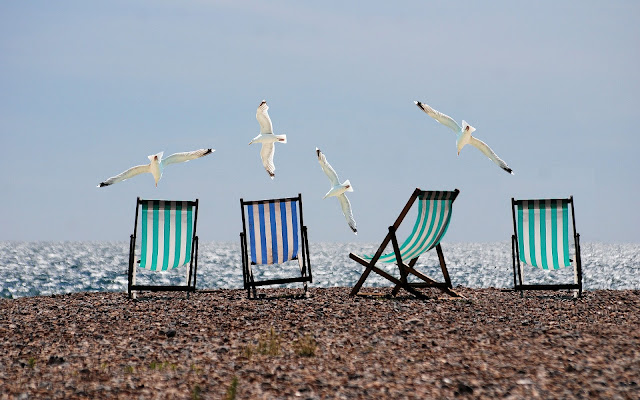 Confession: I have watched two movies on my new Kindle and read 0 books so far.

Nope. Not ashamed. Haters gonna hate--er, I mean, it felt very relaxing and that was exactly what I needed to do.

Besides, sis and I have had grand fun the last couple of nights reading print books snuggled up together before it's time for bed, and that's just as good as reading on a Kindle.


Before I went on vacation, I thought it would be enjoyable to make a list of characters I would like to take on vacation with me. After all, who wouldn't like a vacation with specifically chosen fictional buddies?

And then I thought, pretty much the War of Loyalties cast. Strictly for Jaeryn's money ("Buy me this and buy yourself a good plot line.") and Terry's spontaneity ("Sure! Let's go try that!").

Oh, wait, I should do something more fair.

\The Cook /
Susan, from the Anne of Green Gables books. I believe it was cherry pie she used to make, so whenever we were all depressed (like the night before we went home) Susan could make us cherry pie. And she would call everyone dear.


\The Storyteller/
Everyone needs a storyteller, especially on vacation. There's nothing quite so delicious as sitting round the fire at night telling old tales. I would go with The Story Girl. She would tell interesting tales, and we would all shiver and glory in them.

\The Musician/
Elnora Comstock. Beyond a doubt, so I can hear her violin. Her talent gives me such a craving to pick up a violin and achieve the same prowess myself.


\The Adventurer/
Alan Breck, as a nod to my current read of Kidnapped. Because if I were with fictional characters, I would want a spice of risk and danger to my vacation (this city girl can dream, right?) and Alan would certainly provide that. He'd also play the pipes very nicely when Elnora needed a break from violin.


\The Comedian/
Sir Percy. Whenever we were tired, he could say "Sink me!" and we'd all start laughing again. He could also be the underwriter of this whole trip because he's rich enough.


\The Counsellor/
Amy Dorritt. Without a doubt. One of the scenes I feel as if I have experienced in literature is when she's sitting outside the locked Marshalsea with Maggie waiting for morning to come. Amy is faithful and uncomplaining, and a very merciful comforter whenever you need a hug. Plus, she deserves a vacation.


\The Defender/
Such a hard decision, and so many gallant men in literature that will have to be overlooked. This truly is terrible. We'll have to do a separate soldiers category. But for this first one, I'll go with Perceval from Pendragon's Heir. He would be a good defender, and he would also lend to the general air of good cheer. He could duel with Sir Percy in his spare time.


\The Medical Help/
Doctor Chilton. Who seems like the gentlest literary doctor I could possibly want to have along. Or possibly Doctor Watson, who I think would be equally caring and gentlemanly.


\The Mechanic/
This is cheating a bit, but I think I would take Gina Winfield from War of Honor. She's the sort of lass who feels quite comfortable with nuts and bolts, if you needed something made or fixed. She'd also make sure everyone was treated fairly, and she'd be a great back-up cook.


\The Pastor/
Colin Albright. He's kind. He gives more of himself than he ought to, and he'd be that steady, gentle rock of Christian character that is able to keep a diverse group of people in harmony with one another.

I don't know about you, but this sounds like the most epic vacation in the history of ever. I mean, who generally needs a defender on their vacation? And with this lot of folks, I would definitely want it to last an entire summer.


Who would you take on vacation? Link up below by July 30th and let us see what you would pick!

Posted by Lady Bibliophile at 10:43 AM