Character vacation link-up goes until Saturday! Don't forget to check out the fantastic posts that have been added, and be sure to add your list of characters you'd love to vacation with! :) 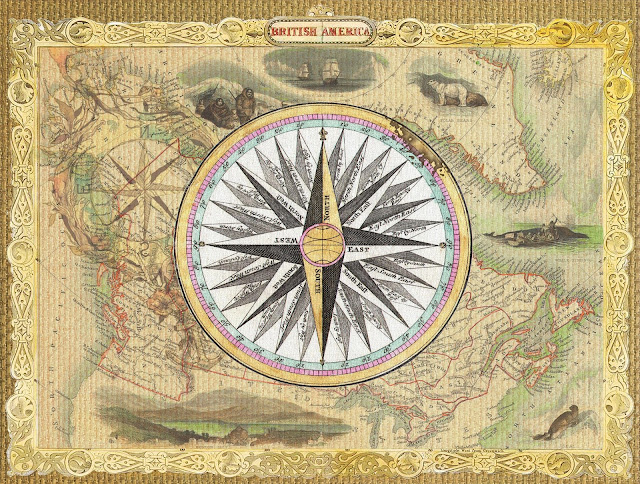 If you're looking for the best book to get your imagination sparked this summer, Jules Verne is a fantastic guy to pick. He'll get you excited about science--real science--all at the same time you're chasing bad guys around the globe.

I've read quite a few Jules Verne adventures, and here's the short list of why I think he's a fantastic classic author:

Swashbuckling Adventure
You'll never be bored reading a Verne book. Pirates attacking a group of five men. Villains being marooned for years. Secret codes falling into the wrong hands. Sons facing blindness to save their mothers from villainous torture. Heroes being lost in subterranean caverns. He ladles on the joy of cliffhangers in a believable and gripping way. He's a unique brand of adventure novel--one that children would love, and yet one that is very much written so adults can love it too.

Manly Heroes
Jules Verne writes the old-school style of manly hero--the one that doesn't need to be hugely angsty or emotional to connect with readers. His heroes don't cave to cowardice (except maybe Axel, but he learns), they meet all obstacles with a stubborn determination to overcome, and when the moment calls for sacrifice and danger, they come through with flying colors. I think it's good for modern readers to be reminded of this type of character and its potential, especially because Verne clearly differentiates between the different personalities of men and women, which is an important message in our day and age.

Advanced Scientific Discoveries
The coolest thing about Jules Verne is that his characters made discoveries that were new in his time but completely plausible as well. He wrote about characters travelling to the moon in rockets in the 1800s (From the Earth to the Moon), advanced submarines (Twenty Thousand Leagues Under the Sea), and advanced weaponry (The Begum's Millions--which I haven't read in ages, so I can't recommend it yet). In my opinion, he's true science fiction, because he's creating logical inventions that help the characters achieve plot goals in a way they could not otherwise. And it turns out he wasn't so crazy in his ideas after all--advanced submarines, weaponry, and space rockets are all tangible realities of today.

Exotic Settings
Perhaps Jules Verne's only flaw is that he tends to wax eloquent over his settings. It can be boring on occasion, but you have to admit it's different than the traditional England and American ones. From India to deserted islands to places in Africa and outer space, he doesn't settle for anything ordinary. While you're there, you'll get the people, the geography, and any interesting tidbits of culture he himself learned about. The Russian setting in Michael Strogoff was particularly challenging with all the names I didn't know how to pronounce, but the burning river scene at the end couldn't have been nearly as effective anywhere else.

Humor
His humor is another fun part of each tale. From Passepartout leaving on the gas lamp while he and his master travel the world, to the beloved acrobats Point Pescade and Cape Matifou, Verne sprinkles his chases and explorations with laughter beats that still make our family smile after multiple re-reads. Wherever his characters are the comic relief follows, and I don't know about you, but I love a good comic relief.

If this peaks your interest in Jules Verne, allow me to make some suggestions on where to get started:

Journey to the Center of the Earth--The only book of his I did not like on first reading, it's actually turned into one of my favorites. Cool underground tunnels, a reluctant young scientist turned explorer, and a half-crazed professor intent on success, this journey through underground lakes and lava has entertained me several times. My copy has lost both its front and its back cover now, and in June I informed it sadly that it couldn't come with me on vacation because it was too fragile.

Around the World in 80 Days--This is a family classic. We've listened to Jim Dale's audio book recording on countless road trips, and it's very clean aside from a few instances of swearing (which you'll probably find in all Verne's books, though not often). The emotional Passepartout and phlegmatic Phileas Fogg make an endearing pair; the cultures they encounter are very interesting, and Jules Verne's portrait of boisterous, mercenary Americans is too funny for words.

If you've been struggling with summer boredom or blah days, try curling up with a Jules Verne book. He'll transport you to a different world in a different time where good guys better the world and bad guys do their level best to thwart them.

It's sure to give your summer some golden days to remember.
Posted by Lady Bibliophile at 9:53 AM

Email ThisBlogThis!Share to TwitterShare to FacebookShare to Pinterest
Labels: around the world in 80 days, epic adventure, journey to the center of the earth, jules verne, mathias sandorf, why i love