12 Fictional Villains I Would Invite to Dinner 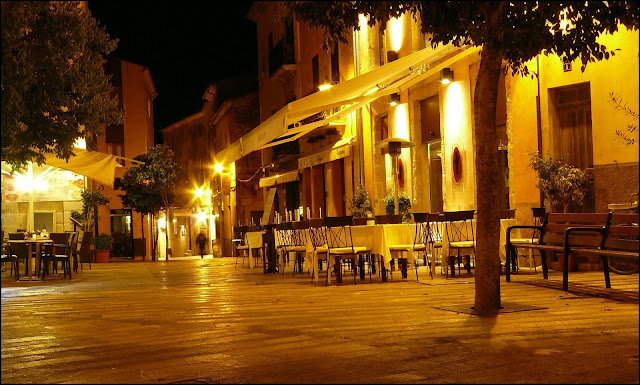 Bad guys prove fascinating to a lot of people. Imagine having a table of twelve of them and living to tell the tale afterwards.

Probably you wouldn't, but one can always imagine.

So if the invitations went out, here's who I would invite to dinner:

A warlord of Plenilune (Plenilune, by Jennifer Frietag--I'll leave off the name so as to avoid spoilers.)
Rigaud (Little Dorrit)
Pecksniff (Martin Chuzzlewit)
Chauvelin (The Scarlet Pimpernel)
Lord Carnal (To Have and to Hold)
Rupert of Hentzau (Prisoner of Zenda)
Grandmother (Jane of Lantern Hill)
Tarkington (Bleak House)
Lucy Steele (Sense and Sensibility)
Moriarty (Sherlock Holmes)
The White Witch (The Lion, the Witch and the Wardrobe)
Lady Catherine De Bourgh (Pride and Prejudice)


But it doesn't stop there. The best chuckle out of this dinner would definitely be choosing who gets to sit next to who.

Sit Rigaud next to Pecksniff, because Pecksniff would disappear from the cast before the dinner is over and no one would be the sadder.

Sit Tarkington next to Rigaud, because Tarkington would winkle out the truth of Rigaud's deed and bring him to justice.

Sit Moriarty next to Chauvelin, because Chauvelin would bribe Moriarty to help him bring down Britain's brightest, and the Scarlet Pimpernel's laurels would be that much shinier.

Sit Chauvelin next to Lord Carnal. Nothing epic here. Both of them would be too occupied to talk to each other.

Sit Lord Carnal next to Rupert of Hentzau, because they'd be sure to provoke each other to blows before the evening is over, and I want to see who would have the upper hand in a sword fight. Especially since both would take unfair advantage.

Sit Rupert of Hentzau next to the warlord of Plenilune, because Hentzau would definitely win the swordfight with Carnal by fair means or foul, and then he would agree to be the warlord's henchman, only to start secretly plotting against him. Such drama.

The warlord of Plenilune next to The White Witch, because I want to see who would win supremacy over the other in a magic war.

Sit the White Witch next to Lady Catherine de Bourgh, because that British madam would not be frightened in the least what any winter-loving hussy would try to do to her. She might, however, suggest shelves in the closet for Jadis's castle.

Sit Lady Catherine de Bourgh next to Grandmother, because neither of them deserve to die, but it would be cool to see which strong-willed madam could gain supremacy over the other.

Sit Grandmother next to Lucy Steele, because her frosty snubs would be enough to discomfit that young miss.

Sit Lucy Steele on Pecksniff's other side, to see which one's oily jabs and hypocritical friendship would win the upper hand before Rigaud made his move. Plus, his death might shock the badness out of her and make her lead a kinder life.

I would, of course, remove myself from the room as soon as possible. After all, such dinner parties aren't safe.

It would be a grand opportunity for the room to accidentally explode and wipe them all off the scene of literature. Wouldn't it, now?

If you had fun with this post, be sure to join the October linkup! It lasts until the last day of October, so there's plenty of time to join!

Also, keep an eye out for the November linkup next month, which is going to be pretty epic. :)

Posted by Lady Bibliophile at 8:16 AM