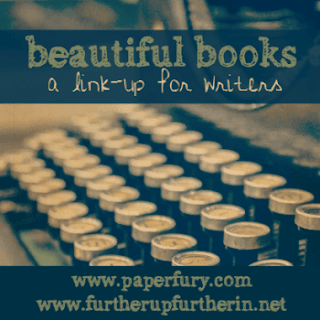 Welcome to 2017 writerly goals, thanks to the lovely tag put together by Cait and Sky! Be sure to join the tag before the end of the month and add your blog to their linkup!

What were your writing achievements last year?

Last year I finished writing War of Honor. I also wrote a 1920s jazzy story called The Fox Went Out. Then I wrote bits and pieces in various novellas, none of which I've finished yet. Someone needs to sit me in the corner and not let me get up until they're done.

What’s on your writerly “to-do list” for 2017?
Edit War of Honor and send it to beta readers. Edit parts of War of Loyalties. Also some other big plans, which I am not ready to reveal yet.

Tell us about your top-priority writing projects for this year!
Definitely War of Honor and War of Loyalties. Time is running out to get them done during the centennial.

How do you hope to improve as a writer? Where do you see yourself at the end of 2017?
Hopefully as a published author. I would also like to get back into my twenty mile march rhythm, of setting a reasonable weekly goal and accomplishing it. That helped me accomplish a great deal previously. I'm already doing it so far, and going two weeks strong.

Describe your general editing process.
Fiddle with commas and wording. Eventually, come to grips with the fact that I have to rewrite some things. Make very unorganized lists about things to change. Change my mind and write different changes throughout said lists. Hope I will be able to decipher them throughout the process, or better yet just remember them all. Make very complicated solutions to previously unsolved problems. Feel lost and confused. Just start writing. Stall out. Eventually recruit someone who will read my chapters as I write them, which suddenly brings a fresh surge of inspiration. Make a weekly goal for myself and hit it regardless of loss to life, limb or sanity. Voila.

7. None of them behaved, it was agonizing. Much cardboard and styrofoam was present, with very bad characters who went on a union strike. However, that was a first draft. I have high hopes for this second draft. Because the book is a sequel, for one of my fixes I introduced some of the general favorite characters sooner, and I like that much better so far. You have to set up your players in the right sequence, and I didn't in the first draft.

What aspect of your draft needs the most work?
Plot coherency and making sure I have incidents on a consistent timeline. Also, bringing out the David and Jonathan theme that I want to echo amongst my characters.

What do you like the most about your draft?
The German plot. I think that storyline is pretty tight, convincing, and spyish.

What are your plans for this novel once you finish editing? More edits? Finding beta readers?
Querying? Self-publishing? Hiding it in a dark hole forever?

I will send it to betas, because seriously, hiding these secrets for so long has been agonizing. Then I will do another draft before getting a professional edit and self-publishing.

What’s your top piece of advice for those just finished writing a first draft?
I'm still tweaking my process, but I have tried some things over a couple of drafts that have helped me. I let it sit for six weeks (www.goteenwriters.com). I want to get in the habit of praying before I start the next draft. I make a general list of things I want to fix, and get as specific as I can with how I want to fix them. (If I'm confused in the first draft, having no plan in the second draft won't help me.) Then a couple of weeks ago I set myself a weekly editing goal, and I'm going to try to hit that goal every single week.

There you have it, folks! Be sure to come back Tuesday for a review on a book about faith and writing. I hope you have a wonderful bookish weekend!

Posted by Lady Bibliophile at 9:17 AM