Of Frodo Baggins, Temptation, and Community 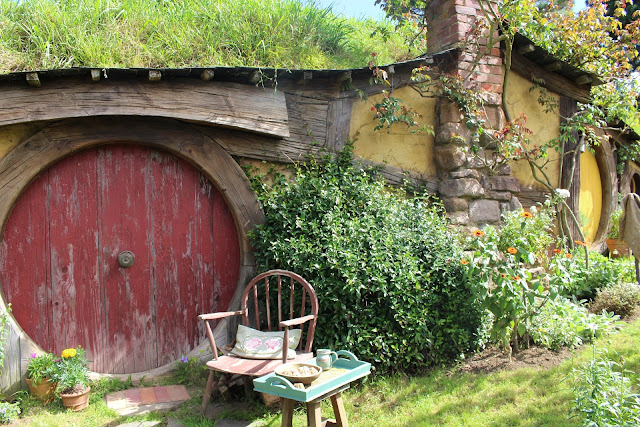 Last week I was reading an article on depression*, which contained examples of fictional characters that have depression. Surprisingly enough, one of the characters the article highlighted was Frodo Baggins. I never thought about Frodo having depression in the traditional sense, and I'm not sure he does. (did, schuyler, did. frodo isn't around anymore) But still, it gave me some things to think about with reference to Frodo.

Fair warning that this is an opinion piece, and I'm making it sound pretty and convincing on purpose.

Some people say Frodo is a weak character. That always makes me see red, but understanding that there are different opinions in the world, and this isn't worth taking a bullet for, I'll just write an article instead.

I think Frodo's character dramatizes what it is like to go through severe temptation and mental distress. Just like the ring came to him without him asking for it, sometimes we are placed in situations that are very challenging that we didn't ask for. We're simply called to be faithful with them. Frodo stumbles now and again, but overall he knows what he needs to do and he keeps his goal fixed before his mind: to take the ring to Mordor.

But the longer he journeys, and the more power the Ring gains, the more he struggles. He has to face physical weakness as well as mental fear and temptation. Those three things together can send anyone staggering. And I don't think Frodo struggles in an unsympathetic way. However messy or despairing he grows, he still manages to understand the right choice, even though sometimes it's after he despairs and has to have a friend point him in the right direction. That is very honest reality for any human being.

Perhaps the perception is that he should have been strong enough never to despair in the first place. Perhaps in a perfect world that would be the case. But the fact that even in despair, he allows voices of truth to continue to guide him, speaks for the inner character that has supported him to this point. He gets up and keeps going. He doesn't put on the ring. He's horrified and weak and afraid, but he keeps taking one day, one stage, one step at a time. And that is the grace in our weakness. We will always deal with weakness until the day our obedience is perfected. But God gives us grace to obey even when our emotions don't line up.

And that brings us to Sam. Samwise Gamgee is often held up as a better, "stronger" character that could have done better than Frodo did. Sam wouldn't have put on the ring. Sam wasn't as emotional. Three things come to mind in that regards.

Firstly, Samwise Gamgee may have had a different temperament than Frodo. I'm going off the movies here since it's been a while since I've read Fellowship, but I suspect that Sam was a naturally happy and simple-hearted person, while Frodo was more inclined (though not a depressed person in general) to be melancholic, with the tendency to obsess once he put on the Ring. One is not stronger than the other. They are simply different, and they have to deal with and find balance for those natural tendencies.

Secondly, Sam cannot be compared in strength to Frodo simply because Sam did not have Frodo's same burden. He didn't have the sense of heaviness, the oppression of evil, the constant temptation of putting the ring on his finger, tearing at his mind and weakening his body at the same time. If he had been under the same temptation, or perhaps under a different temptation which was just as horrible to him as the Ring was to Frodo, he may have needed the same amount of help and encouragement.

Thirdly, even though Sam wasn't carrying the Ring, he had an equal and legitimate burden of his own. Supporting someone who is carrying a heavy burden is in itself a heavy burden to carry. Sam was supporting some undergoing temptation and anxiety, and that in itself shows what a strong hobbit he was, that he was able to help cheer and think for Frodo. People with anxiety struggle with very basic things like eating and drinking and getting up in the morning and getting enough sleep. The fact that Sam was there to help with these basic things got them as far along on their journey as they made it. Frodo would never have been able to care for the Ring and for himself the entire time.

Frodo and Sam were called to different burdens. Both had to be strong in different ways. I think that this story beautifully expresses the community that we are often called to as believers. Sometimes a particular Christian is given a burden that makes them feel weak for a time, even though they must choose to be faithful in carrying it. For them, it is important to seek out community to help strengthen and keep them accountable. Their community is given the burden to help them, and that burden is just as great. Each task requires strength.

Frodo and Sam could not trade burdens. It is fruitless to argue who would have been stronger, because that's not what it was about. They were called to be faithful with the role that was assigned to them. But I think the community and the support the fellowship gave to Frodo and to each other is a beautiful picture of bearing each other's burdens.

And that fulfills the law of Christ.


*Articles referenced: (not all article content is endorsed.)
http://hannahheath-writer.blogspot.com/2016/10/how-to-write-characters-with-depression.html?utm_content=bufferbc930&utm_medium=social&utm_source=twitter.com&utm_campaign=buffer
https://dragonharris.wordpress.com/2016/08/12/in-defense-of-frodo-baggins/
Posted by Lady Bibliophile at 8:49 AM