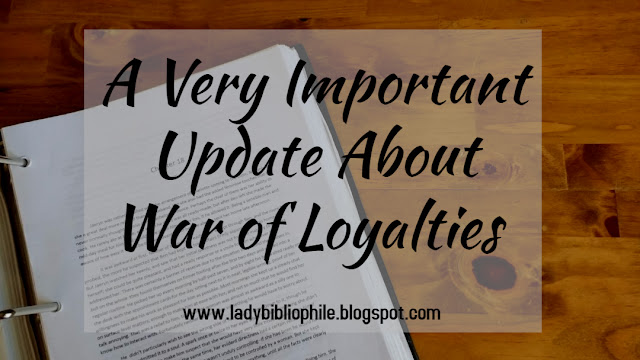 April, 1917. A ring of German spies threatens the security of one of England’s coastal towns. Newly-recruited agent Ben Dorroll must discover who they are or risk disappointing his father. He never wanted to be an agent, but success means his first-ever chance at winning the respect of the father he’s never met. When he learns that his family identity holds a clue to capturing the spy ring, he has to choose between his family loyalties and the security of the nation he hates. Truth is what he is paid to uncover. But truth may be more painful than he ever imagined.

It was just her, and loose-leaf lined paper, a pen, and a bunch of characters who never quite let go.

In fact, if you talk to her today, they still haven't let go. Know her for long, and you'll start hearing things like War of Loyalties, WoL, Ben, Jaeryn, and Terry. It's kind of the fine print of friendship. Along with her, there comes an invisible crowd of these characters, because they're so loved and twined up in her heart, that she never stops talking about them for long. In fact, they've kind of become family.

Then that girl, by the grace of God, wrote the end on that stack of loose-leaf lined paper. She celebrated and posted a selfie on social media. (Who wouldn't?) A few weeks later, she started in on draft two. And the hard work just continued on. She learned how to actually write a book. She sent WoL to friends (so many best friends, who gave themselves so much to this project, reading and praying through this whole crazy adventure.) She and Ben and Jaeryn and Terry packed up and went to writer's conferences (made possible by generous, giving hands) and they kept on learning, and learning, and learning. Meeting people. Talking. Asking questions. Making mistakes. All under the grace of God. And they kept on dreaming to release this book sometime during the World War One centennial (2014-2018).

Writing a book is a bit like a fire, a flood, a famine, a romance, a hard day's work, a sleepless night all on endless repeat. You do not merely write a book. You are an instrument of carrying it, like Madeleine L'Engle says in Walking on Water, (pg. 8, 2016 Convergent edition), and you submit yourself to the process of giving it flesh and bone and being often at great cost.

The girl is still learning--about taxes and business and sole proprietorships, and all the things that self-publishing brings with it. But she wouldn't trade it for the world, because somehow, she still loves those characters just as much as she did at the beginning, and she would do pretty much anything for them.

Like a romance, that spark amidst the hard work is still there.

And here's what this girl really wants to say: the news that I've been holding in my hands these last few weeks now. By the grace of God, War of Loyalties could come to you this year. 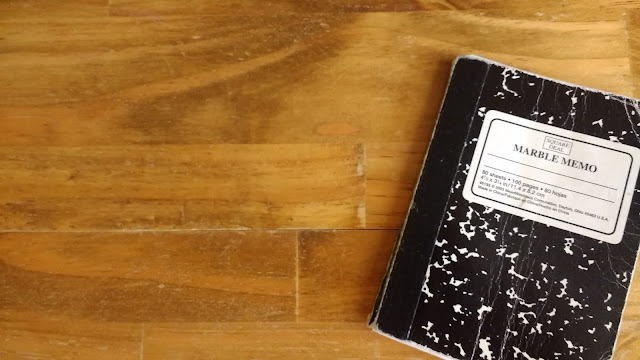 I'll be self-publishing this novel, and my goal is to get it out sometime in November/December. That's a lot of hard work, but things are already moving forward. McConkey Press is a real-live name now. The first half of the novel is with an editor. And I'm doing my best to line up the details one step at a time (the Lord is still showing me so much grace in teaching me things I need to know.)

But like all along this journey, there are some mountains I can't climb alone. This book stands on the prayers, the advice, the love and helping hands of many dear people. And to be honest--I need just as many prayers and helping hands in the months ahead. If you would like to join me in this adventure, stay tuned to the blog. I'll have more details releasing very soon on how you can pray and support this project (including the first opportunity to reserve your own copy of War of Loyalties on Kickstarter). I hope that very, very soon, you can love these characters as much as I do--and know their whole story.