The Best and Worst of Literary Teachers 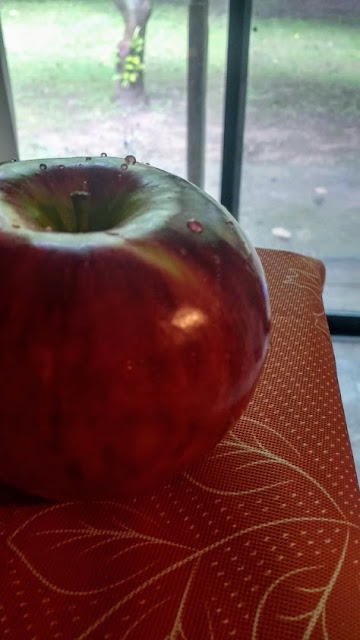 She handed me an apple, skin so shiny and red it looked like crimson glass. We were discussing substitute teaching. She had been to the apple orchard and wanted to give me one from her bounty.

Teaching expands your heart. You encounter a brand new set of humanity you have never experienced. New struggles, new gaps in learning (both yours and theirs) new people to love. Apples and tears, Starbucks runs with colored grading pens, a chorus of "Miss McConkey" that is both wonderful and overwhelming, all combine together into the biggest day of the week. Each week students have a deadline to turn in their homework. Each week teachers have a deadline to prepare the next building block for their students' education. Both sides are racing towards a goal.

I am not yet the best teacher I hope to be. Still wet behind the ears and learning how to balance a spreadsheet and plan homework and use class time efficiently. That takes time and experience, which will come. The other night, I jokingly told my mom that I should try teaching like Mr. Wopsle's Great Aunt in Great Expectations. (Her method was to take a nap and let the young fry run riot.) That turned into a brief exchange that turned into this blog post idea: the best and worst of literary teachers.

Miss Stacey--Anne of Green Gables
If I can be like Miss Stacey someday, I think I will be the teacher I want to be. She had a warmth about her. In her world, there was room for imagination, and she always encouraged Anne to be her best. Miss Stacey knew how to be correctly firm, which kept her students disciplined and on track (no Ben-Hur in class time.) But her students remembered her with gladness, they thrived, and they grew. #teachergoals.

Mr. Phillips--Anne of Green Gables
Mr. Phillips' chief flaws were fatal to his profession. He didn't know how to keep a class under control, and he did not love the students he was teaching. I always felt a little for him that his relationship with Prissy Andrews didn't work out. But in spite of his moving last day speech, it was better for everyone that he moved on to new horizons.

Anne Shirley--Anne of Avonlea
While I would love to be a teacher on Miss Stacey's caliber someday, Anne is a slightly more relatable teacher in my mind. She, too, understood what it was like to face a new class, and I love her imagination. I love how Anthony Pye was won over to her favor, and how she encouraged the imaginative Paul by being a listening kindred spirit.

Mr. Carpenter--Emily of New Moon
I don't remember a thing about him, except that he seemed somewhat peppery. But I do remember the last scene of Emily of New Moon: the moment she brings her writing to him to be evaluated. Mr. Carpenter is stinging in his appraisal, a bitter, acid honesty that tears her writing down to its foundations and finds very little left to be praised. But he is also the one that plants the seed of her potential in her mind and fuels her love for writing. If I can inspire someone like that (sans acid critique) I shall be happy.

Mr. Davis--Little Women
Amy March's infamous teacher, who confiscated her pickled limes and made her stand in front of the room for the class period, certainly seemed like a rather sour individual to have charge of little girls. He catapulted Amy right into homeschooling, but he does have the small distinction of making a successful war on chewing gum.

Katherine Brook--Anne of the Island
She is not a villain. But she is a woman disappointed in life and despairing of adventure beyond the 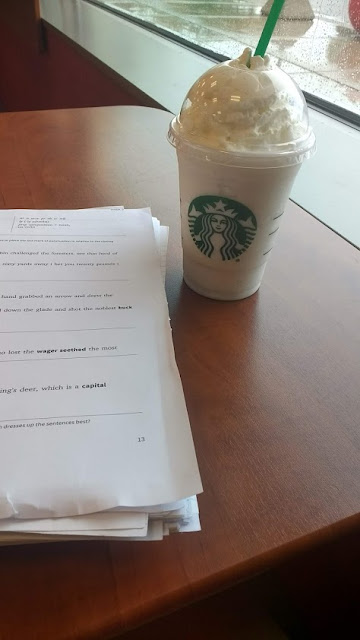 walls of a Canadian girls' school. Katherine was not cut out to be a teacher and her career was short-lived. Sometimes not everyone is meant to teach, and that's OK. She turned instead to a position as a secretary for a globe-trotting employer. But her time teaching was not wasted, for it gave her a chance to meet Anne Shirley and to have her perspective on the goodness of life transformed.

Heidegger--The Adventure of the Priory School
A German teacher suspected of murder, Heidegger is "a silent, morose man, not very popular either with masters or boys." But this German teacher with Palmer bicycle tires didn't hesitate in his moment of duty. When a student goes missing, he bicycles after him, falling prey to murder in the attempt to rescue him. Watson says, "That he could have gone on after receiving such an injury said much for the vitality and courage of the man."

Mrs. Logan--Roll of Thunder
Stacey Logan had his mother for his teacher, and he couldn't have enjoyed a more wonderful woman to shape his mind. Mama Logan was well-educated and loved to teach. In a time when her students received poor resources because they were black, she cared for them tenderly, stood up against oppression on their behalf, and lost her job because she refused to water down history. She knew that truth mattered; that the past mattered; and she would not be intimidated into teaching lies. I hope she gets her job back in a later book (but don't tell me!)

Who are your best and worst literary teachers? I'd love to know!
Posted by Lady Bibliophile at 5:22 PM