The Struggle of Art 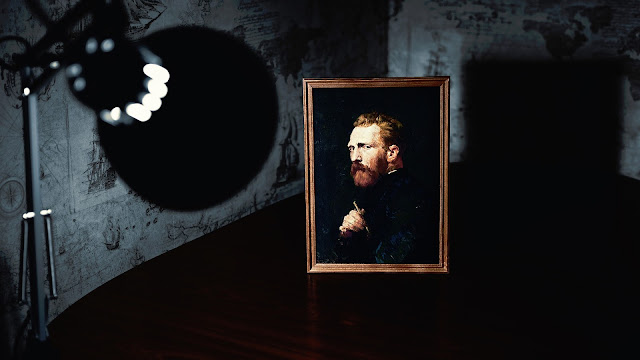 Image by StockSnap from Pixabay

He turned the stars into swirls of beauty on canvas, yet his own life was a personal hell of mental illness.

The seeds for my budding obsession with Vincent Van Gogh started a year ago. While every kid does a rendition of "Starry Night" in art class, painting and artists weren't something that stuck with me in the years since. It actually started at a writer's conference, when a presenter, to illustrate his talk, showed the Doctor Who clip where the Doctor and Amy Pond take Van Gogh to the art gallery. Watching the moment where he gets to see the success he never saw in his lifetime touched something deep in my core. At the time, it gave me a deep desire to watch Doctor Who (which I have since indulged.) Since then, it has developed into something more.

Sometime later, a Facebook Memory popped up that I had forgotten about. It was an article about a movie releasing called Loving Vincent. The movie had been entirely hand-painted in the style of Van Gogh's paintings (phenomenal!) but I forgot about looking it up. Turning to my local library, I found it was actually available to check out on Hoopla. It follows a fictionalized story of the son of Vincent's postman trying to deliver a last letter to Theo Van Gogh, while investigating the mysterious details of Vincent's death. I came for the art, enjoyed the actors (Aidan Turner of Hobbit and Poldark fame is in it) and loved the way they turned this into a historical mystery about his life. As a side note, there's also an intriguing making-of documentary which I just discovered this morning and hope to watch asap.

After that, my interest in Van Gogh was firmly fixed. Perhaps it was just the interest of a human soul; perhaps it was the combination of his artistry, his mental illness, and the unfulfilled yearning of his life. Either way, I wanted to read a biography next, and I thought it would be best to start with children's books. Children's books are wonderful because they give you the basic facts to get a foundation under your feet before jumping off into the deeper details and themes. Our local library offered several contributions, which I enjoyed.
My latest installment in an obsession with Vincent came when a Facebook friend posted a link to a documentary about him starring Benedict Cumberbatch (OK, the actor was a definite draw, because normally documentaries are not my cup of tea.)  I couldn't believe (but it's true!) that the producer, Andrew Hutton, had posted the entire documentary on Vimeo to watch gratis. Vincent Van Gogh: Painted With Words, is an 80 minute production in which the actors give word for word renditions of letters and conversations from Vincent's life. (Side note for Victoria fans: Frankitelli makes an appearance acting out the lines of the only man to give Van Gogh a review in his lifetime.) This documentary is wonderful. It explores his episodes of mental illness, his ill-advised moments of compassion, and the solace that his art brought him, as well as his frustrated relationships with family and friends. It tugged at my heart to watch him struggle with mental illness without much real, fruitful help as he tore from one relationship and place to another. But I also found it fascinating to see his journey as an artist as he imitated and then abandoned different favorite artists in his own work (including Japanese art.)

The next thing I'm hoping to tackle is a full length biography. This will be a step up (Van Gogh: The Life appears to be an exhaustive look at his journey.) The audiobook clocked out at 44 hours, so I chuckled and put the print copy on order. Whether I'll finish it or not, we'll see. But I'm looking forward to learning more.

Even though this journey has nothing to do with WW1, historical fiction, writing, or an art form I hope to practice, I still love exploring it. Not all art has to feed directly into one's work (according to the excellent advice of Austin Kleon) and this journey has expanded my mind with new knowledge, new beauty, and a new landscape of a human soul. I am the richer for it.

What have you always wanted to explore? Who's someone you'd love to read a biography about? I'd love to know!