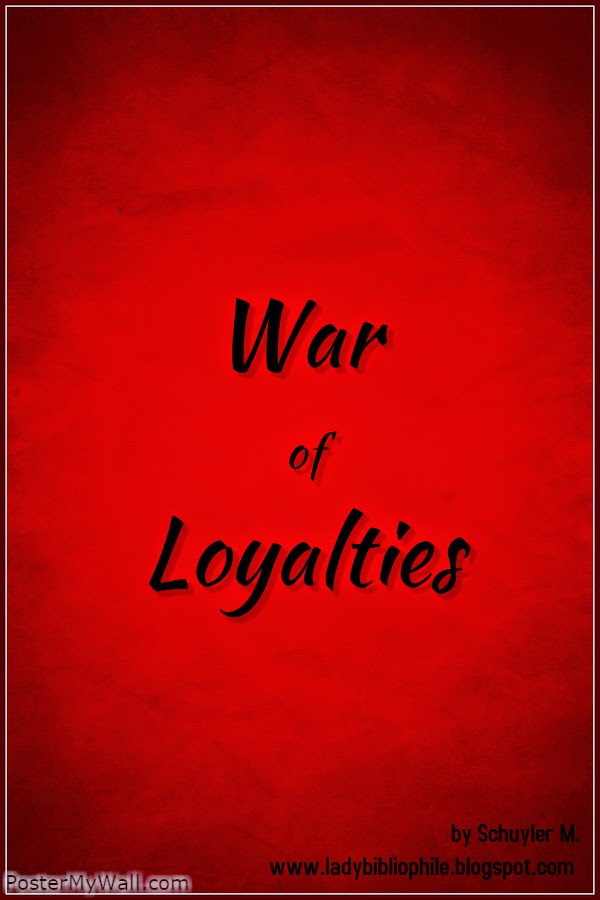 I'm currently finishing up the fourth draft of my WWI espionage novel, War of Loyalties. After that I will be pursuing publication, and it is my dream, Lord-willing, to have it in readers' hands sometime before the end of the WW1 centennial (2014-2018). In the meantime, please enjoy the monthly snippets and character interviews on the blog! :)


A ring of German spies threatens the security of England’s most vital shipping point. Newly-recruited agent Ben Dorroll must discover the ringleaders or risk compromising outgoing soldiers. If he succeeds, he has one last chance at winning the respect of the father he’s never met. However, Ben’s secrecy may be the very thing that puts the mission in jeopardy. Unwilling to trust fellow agents with his family’s broken past, he holds them at arm’s-length during the investigation. But when he learns that his family identity holds the key to capturing the spy ring, Ben has no choice but to unite with his allies if he wants to discover the truth.

In the aftermath of the Irish Rebellion, Jaeryn Graham's British colleagues look warily on his Irish background. Always up for a challenge, he thinks his new mission to investigate a German spy organization will reassure them of his loyalty. But the agents he’s assigned to work with are determined to prove he’s a traitor. Unless he can win the loyalties of his newest recruit Ben Dorroll, his secret ambitions and his perfect success record will be destroyed.
Original Introduction Post (Inkstains Tag by Fullness of Joy.)


More coming to this page in future.